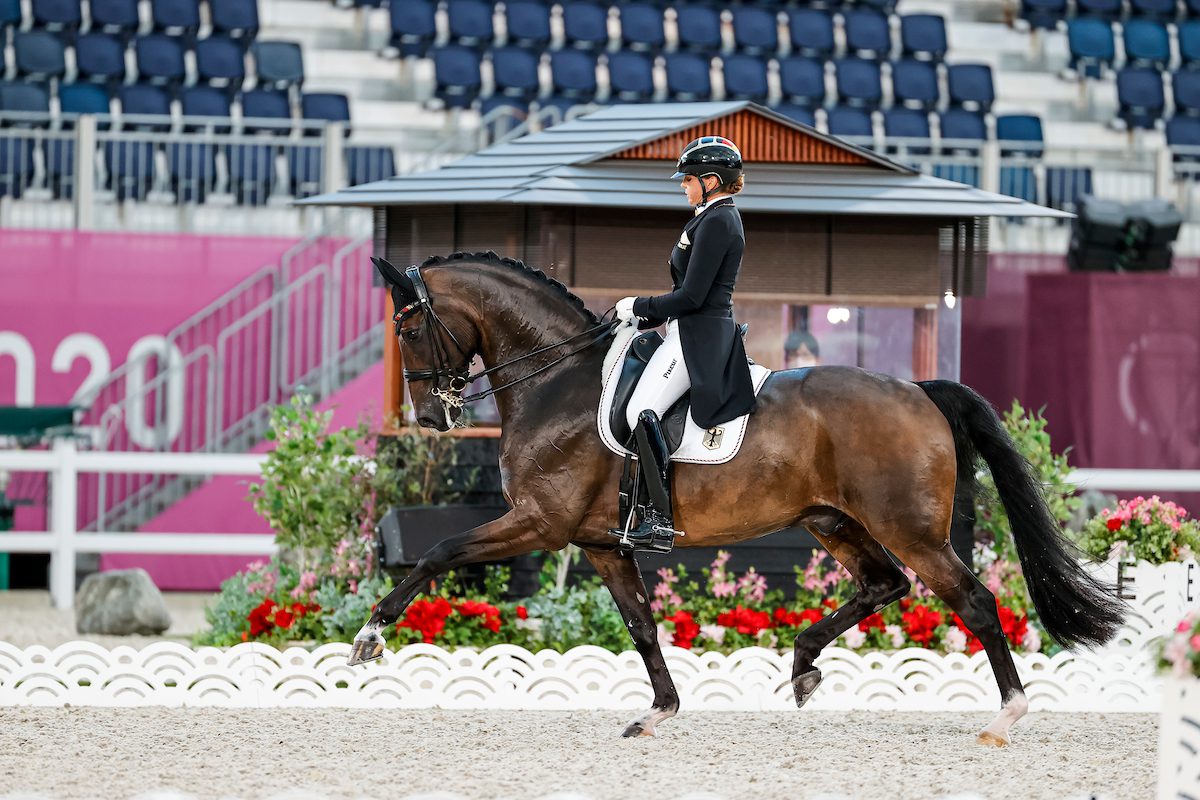 Tokyo. The first medals were awarded in the team competition in dressage at the Olympic Equestrian Games. Three Hannoveraner won gold and silver medals. Showtime FRH was part of the German gold team, Salvino and Sanceo helped the US Americans to silver.

After the Grand Prix and  Ganrd Prix Special, Showtime FRH by Sandro Hit/Rotspon (breeder: Heinrich Wecke, Stadthagen) and Dorothee Schneider were among the beaming Olympic Champions. The 2006-born gelding had already won gold for Germany in Rio de Janeiro in 2016, as well as at the European Championships in Rotterdam in 2019.

Silver went to the U.S.A. In Japan, the San Remo/Ramiro's Son II son Sanceo (breeder: Gerhard Dustmann, Melle) and his rider Sabine Schut-Kery performed outstandingly. At his first important Championships, the dark bay achieved a personal best score of 81.596 percent in the Grand Prix Special and the third-best score of the day. The second Hannoveraner for Stars and Stripes was Salvino by Sandro Hit/Donnerhall (breeder: Joachim Essink, Stockach), who was ridden by Adrienne Lyle and was already team runner-up at the 2018 World Equestrian Games. The bronze medal went to the team from Great Britain.