The following members of the AHS Mare and Stallion Committee serve on the judging commissions that tour the U.S. during the annual inspection tour. The AHS owes a great debt of gratitude to the following individuals who volunteer their time and undertake an often arduous travel schedule with daily flights and long drives to arrive each morning in a new destination to review the year's new breeding stock candidates and foal crop. 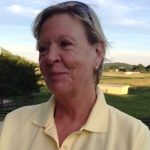 Vanessa Carlson
Originally from England,,Vanessa Carlson has lived at her Woodridge Farm, near Tulsa, Oklahoma since 1981.  The farm originally operated as a dressage training and boarding facility, then gradually changed into a sport horse breeding and young horse training farm as her interest in breeding grew. The farm stood several stallions from the early 90s to 2015 including the Hanoverian stallions Der Radeztky, Baron, Wolkenglanz, Arrian and Deklan,  She now maintains a small band of homebred broodmares and many retired “grannies”.    She has bred many USDF and USEF year-end award winners including Wradar, a home bred stallion who competed in the 2003 Pan Am Games. More recently her homebred mare EMC Roccoca WF (Rienzi-Turteltaubchen/Tin Rocco) was the Reserve Champion in both the Four and Five Year-Old division of the Markel/USEF National Young Horse Dressage Championships. This mare also won the Dr. Hartwig and Englo- Friedlander awards. Vanessa has organized and hosted breed inspections for more than 20 years. She was an AHS  board member from 1995 to 2015 serving as Vice President and Treasurer. She was appointed to the Mare and Stallion Committee in 2002, and also serves on the Finance Committee. 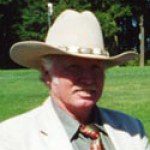 Volker Ehlers
Volker Ehlers has spent his lifetime breeding, training, riding and judging warmblood horses. He served his Bereiter apprenticeship for three and a half years under Hermann Schride, formerly European champion and Gold medal winner in Grand Prix jumping. After passing the Bereiter testing, Volker went to Alwin Schockemohle’s stable where he trained and showed Grand Prix jumpers for eight years. During this time he continued to ride and train dressage horses under the instruction of Herbert Rehbein. In 1984 he immigrated to North America, working in Canada and later in Washington state. As Vice-President of Glenwood Farms he trained jumpers, dressage horses and prepares young stallions for their performance tests. He had an extensive and successful career competing and showing young dressage and jumping horses in California, including the Grand Prix jumper Prinz Gaylord. Volker and his wife Judy currently reside in Camas, Wash., where they stay active as much sought after clinicians. 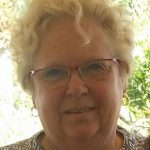 Judy Hedreen
AHS Life Member Judy Hedreen, Sylvan Farm, Washington, has been breeding since 1981 and is the breeder of Far Star that represented the USEquestrian and AHS in the 2003 World Championships for Young Jumpers in Belgium; Animation, winner at Spruce Meadows and Champion at Indio; Grand Prix jumper Agincourt; Grand Prix dressage Andreana; USDF Horses of the Year Ghita and Coco Chanel. Francesca and Fair Lily were co-winners of the AHS’s Benchmark Perpetual Trophy in 2004 and 2005. Eight of her mares were selected for the AHS’s Jumper Breeding Program. In Germany, Judy bred a Licensed Hanoverian stallion, bred/owns Jumper Breeder Program and States Premium mares and Auction horses. Judy was a USEquestrian ‘R’ Dressage/Sport Horse Breeding Judge for 15 years, a member of the USDF Breeders Committee and the USHJA Jumper Breeders Task Force for six years. 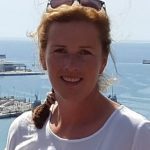 Anna von Holten-Jungheit
Horses have been a part of her life since Anna Jungheit was born. She was raised on a farm in lower Saxony in the vicinity of Hamburg, Germany, where her parents bred cattle and Hanoverian horses. She learned to break and train young horses and spent many years showing them. Today, she and her husband live on a small farm with their eight Hanoverians, including one brood mare. For many years, she participated in both dressage and jumping shows, and was successful in dressage up to Category M. In addition, she is a qualified teacher and coach and holds the trainer A permit (competitive sport). In 2000, she started her career as a judge at dressage and jumping shows up to Category S including competitions for young horses and riding horse checks. She is also licensed to train candidates for show judges. Jungheit has been a qualified breeding judge for many years on behalf of the Hannoveraner Verband, having examined many Mare Performance Tests, mare shows, and for the Studbook Registry. She is particularly interested and trained in the area of linear description, which gives breeders a more complete picture of their horses. 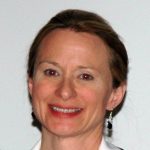 Christine Kropf
AHS Life member Christine Kropf owns and operates Hawk Hollow Farm, a 155 acre farm  that is located in the upstate region of New York State. She is a lifetime New Yorker who spent 26 years as a New York State Trooper before retiring and devoting her full time attention to her farm and Hanoverian horses.  She has been breeding Hanoverians since 2002 and has bred and showed a number of horses that have been in the USDF HOY standings for DSHB. In 2011 Dalziel HHF was the Champion USDF HOY for DSHB as well as winning the Travelling Trot Trophy for the highest scoring horse in the country for the year.   She has shown in hunters, jumpers and most recently dressage to the FEI level. She has been a member of the Mare and Stallion Committee since 2012. After judging in the US for two years she most recently went to the Hanoverian Judges Training Course in Germany in June of this year. 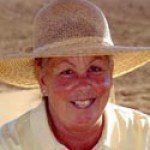 Suzanne Quarles
Suzanne Quarles was appointed to the Mare and Stallion Committee in January 1997 and served as its Chair for 10 years.  She and her husband Steve have a 250 acre farm in Mt. Airy, Maryland and raised Hanoverians for the better part of 25 years. Suzanne imported Hanoverian broodmares, weanling fillies and six licensed Hanoverian stallions. The remaining horses on the farm are now retired. 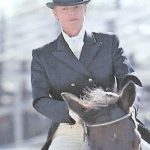 Dorie Vlatten-Schmitz
Dorie has a degree in Animal Science from the University of Arizona. She won the Carl Heinrich Asmis United States Equestrian Award, which allowed her to train in Germany under Herbert Rehbein, five-time German Professional Dressage Champion. Dorie has shown and is currently competing through the Grand Prix Level and has her “S” level USEF Judge’s license. She is also a member of the American Hanoverian Society Mare and Stallion Committee and is currently working on her Sport Horse license. Dorie has her USDF Bronze, Silver, and Gold Riding Medals. She continues to ride and compete her horses Lenz, a Grand prix horse and Coeur Bube currently showing Intermediaire. Together with her husband, Ulrich Schmitz she teaches and trains at their facility Central Arizona Riding Academy. 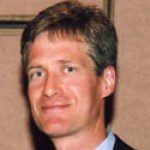 George Walker III
George Walker received board appointment to the Mare and Stallion Committee in 2002. During the February 2008 annual meeting in Lexington he was ratified as the society’s newest stallion judge. George and his wife Catherine own and operate Middlefield Farm in Blythewood, S.C. George was raised with Thoroughbreds in one capacity or another, and in 1984 his family acquired their first Hanoverians. While the family has raised and stood several stallions in the past, including Banter, recently their emphasis has been on maintaining a select group of homebred mares. The operation is strictly hands on, including the breeding and breaking work. He and his family have had the pleasure of learning a great deal from their friends Gerd and Yvonne Zuther and Fritz Floto. George believes in donating back to the Society and is the elected member of AHS’s Finance Committee. In the fall of 2007 he judged in Germany during the HV’s stallion pre-selection phase in which 813 colts were inspected. 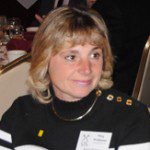 Meg Williams
Meg Williams is a lifelong horsewoman and has been an active member of the AHS since 1986. She was appointed to the Mare and Stallion Committee in 2006, and owns and operates Oakwood Farms in Lawrenceburg, Ind. She has made numerous trips to Germany to increase her knowledge, and completed the Breed Orientation Course in 2000. Oakwood Farm’s current broodmare band represents the most respected Hanoverian bloodlines available and the farm’s breeding program is consistently evaluated in order to produce foals with correct conformation and high rideability. Meg has trained numerous horses to the FEI levels in dressage and has earned her USDF Bronze and Silver medals, in addition to many USDF and AHS Year-End Awards. She currently campaigns Elite Stallion Widmark in dressage. Her homebred Elite Mare Candidate Won Tinkerbelle (Widmark/Webster) was the recipient of the 2008 Hartwig Prize. 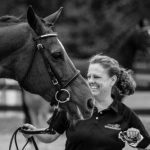 Sandy Hunt
Sandy Hunt grew up with horses, was an active member in 4-H, showing horses in many different disciplines including hunters, dressage and the 4-H horse judging team.  She was the owner and Show Manager of Dressage at Copper Creek, an annual series of three, two-day USDF, USEF approved shows.  Her daughter Taren competed in Dressage to JR/YR level with Sandy at her side as supporter and coach.  They often traveled to Germany and had competition horses both there and at home.  As a certified Equine Massage Therapist, she learned the equine musculoskeletal system, functional assessment and muscular issues and related performance issues.  Sandy has been both a participant as well as a keen spectator of Equestrian Sports. This experience has helped her shape her own breeding program.  Sandy enjoys promoting the Hanoverian breed, has hosted the Michigan Inspection site for many years, and attends the AHS Annual Meeting.   She has attended the Breeders Orientation course in Germany twice; once in 2015 for the Stallion Licensing and again in 2018 for the Mare shows.  Sandy has produced at her Spruce Glen Farm numerous top foals, Elite Mares, Elite Mare Candidates and Premium Mare Candidates and USDF National Dressage Sport Horse Breeder award winners.  In 2016 Brianka SGF tied for year-end awards, the Engler-Friedlander Memorial Trophy for high score MPT and the Benchmark trophy for highest jumping score mare performance test.  In 2017 Delacour SGF won the Hartwig Memorial Trophy for best combined Inspection and MPT score and was accepted into the AHS Jumper Breeding Program.