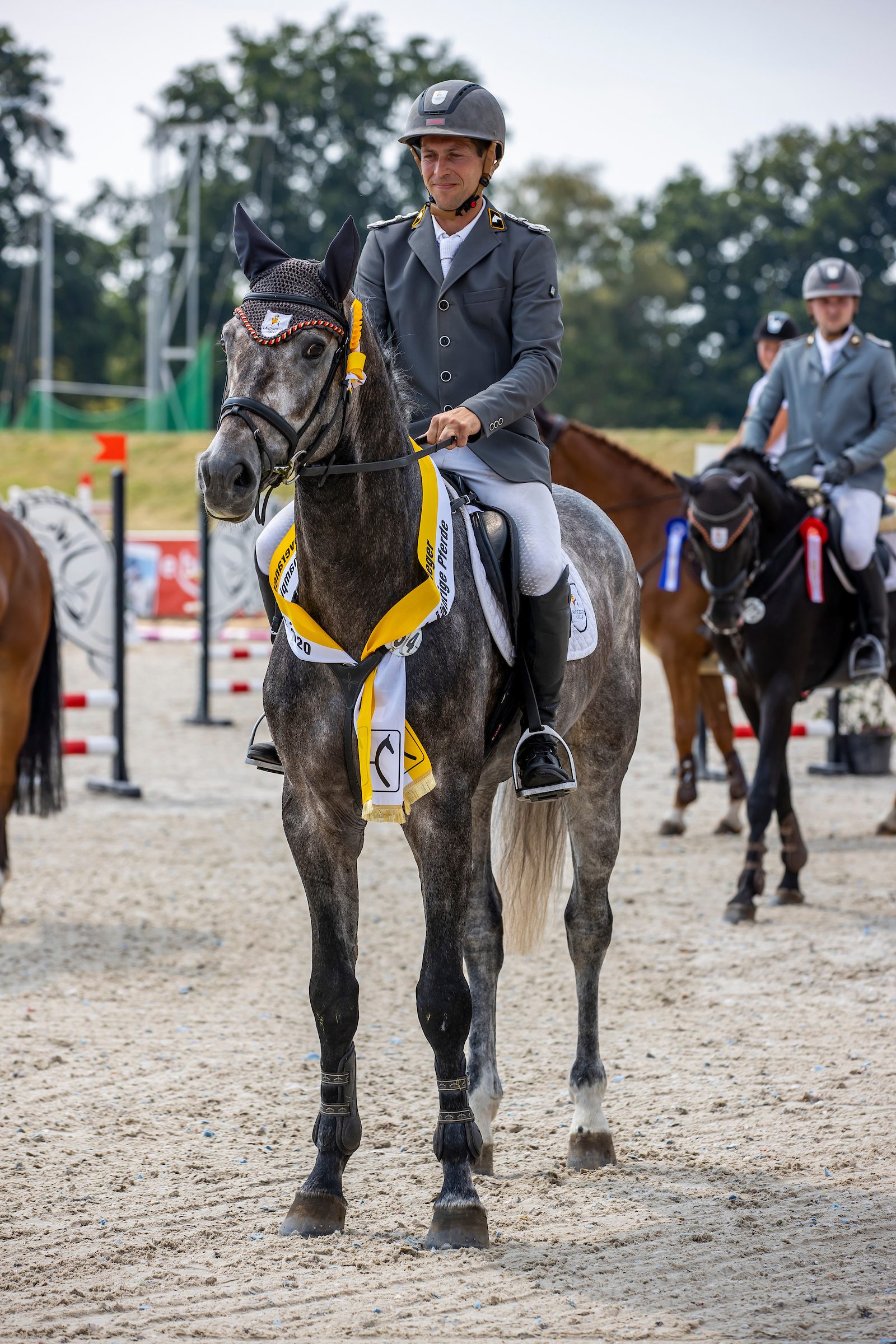 Verden. For the tenth time, the Hannoveraner Verband has awarded the best young stallions after their successfully passed the performance test. The breeders of three dressage stallions can be happy about the Weltmeyer-Prize. The Stakkato Prize for showjumping talents went to five future hopefuls. The award ceremony in front of a large audience will take place at a later date.

Dancier Gold by Dancier/Weltmeyer (breeder: Georg Strübing, Vienenburg, owner: Gestüt Sprehe, Benstrup) had his focus set on the World Championships for young dressage horses. The grandson of the name giver of this valuable award was successful at the Hannoveraner Championships as well as at the Bundeschampionat and convinced in both parts of the sport test (final scores 8.73 and 9.24). With rider Simone Alexandra Pearce, the black was nominated for the big championship in Verden last December, which could not take place due to covid-19.

A true model student is Escamillo by Escolar/Rohdiamant (breeder: Dr. Carolin Langhorst, Ratingen, owner: Kimberly Davies-Sious, USA). The bay stallion, bred in the Rhineland, already left the Verden licensing as a premium stallion and completed part II of his sport test in Verden in 2020 with a bravura final score of 9.36. He celebrated victories in dressage tests for young horses with Germany’s Helen Langehanenberg in the summer.

Shu Fu by Sezuan/Fürst Heinrich (breeder: Gestüt Greim, Bärnau, owner: State Stud Celle) was born and raised in Bavaria. Due to injury he could not travel to the licensing in Verden. At the licensing in Munich-Riem, State Stud Manager Dr. Axel Brockmann discovered the athletic chestnut. He sent him to the 50-day test in Schlieckau in November, where Shu Fu topped the test with dream scores (final score 8.84).

Abraxas by Araldik/Now or Never M (breeder: Manfred Schäfer, Köchingen, owner: Gestüt Fohlenhof, Haßloch) convinces with his impressive versatility. He was not only among the best in both parts of his sport test (final scores 8.32 and 8.61), but was also celebrated as Vice Bundeschampion of the five-year-old eventing horses last August with rider Pia Münker. He was awarded the Stakkato Prize for his above-average scores in the sport test emphasis jumping.

The Fohlenhof Stud in Haßloch took a good look at the Verden stallion sales 2017: Besides Abraxas, Casco Bravo by Cascadello/For Keeps (breeder: Lars Nieberg, Sendenhorst, owner: Gestüt Fohlenhof, Haßloch) also made the journey to the Palatinate. Celebrated as premium stallion at the licensing in Verden, Gerrit Nieberg has already successfully presented Casco Bravo in tests for young show jumpers. The bay stallion presented himself extremely athletic in both parts of the sport test emphasis jumping (final scores 8.38 and 8.53).

Two Stakkato Prize winners belong to the State Stud Celle, both spent their youth at the stallion breeding stud Hunnesrück. Before Diathletico by Diacontinus/Athletico (breeder: Wilfried Griesbach, Neustadt) went to the 50-day test in Neustadt/Dosse, where he left hardly anything to be desired with a final score of 8.81, the black stallion impressed with rider Daniel Neiß as fifth in the Hannoveraner Show Jumping Championships for four-year-olds. In Verden, the biggest competition came from their own stable: Valensky by Valentino/Cornet Obolensky (breeder: Hendrik A. Könemann, Thomasburg) took the title of the 2016 vintage with rider Sven Rudolph. In the stallion test, the two were almost equal, Valensky jumped to a final score of 8.95.

The fifth Stakkato Prize went to Toulago by Toulon/Contender (breeder: Jens-Peter Rabeler, Winsen). Already at his licensing in Verden in 2017, his high athleticism aroused desires and the showjumper Lutz Gripshöver bought the bay at the auction. Toulago demonstrated his performance in both sport tests early on (final scores 8.19 and 8.97). In the meantime, his focus is on competition. After a short breeding period at the Ligges Station, he is successful with rider Katharina Böhnke in novice (A) to medium (M) level tests for young show jumpers.