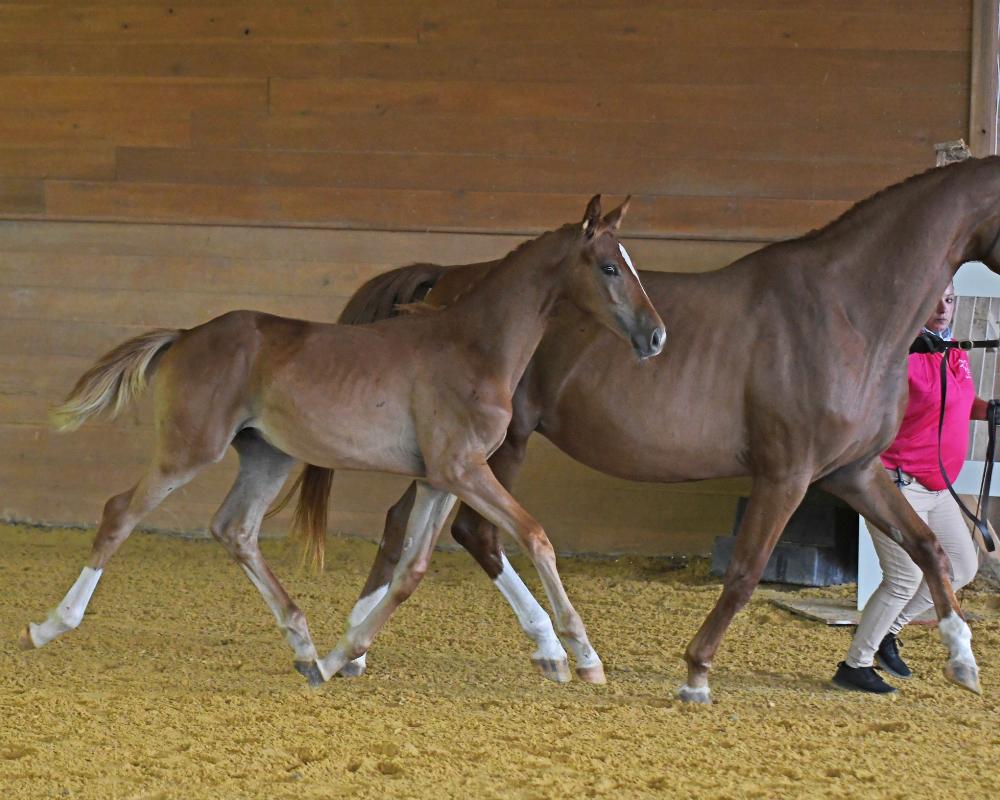 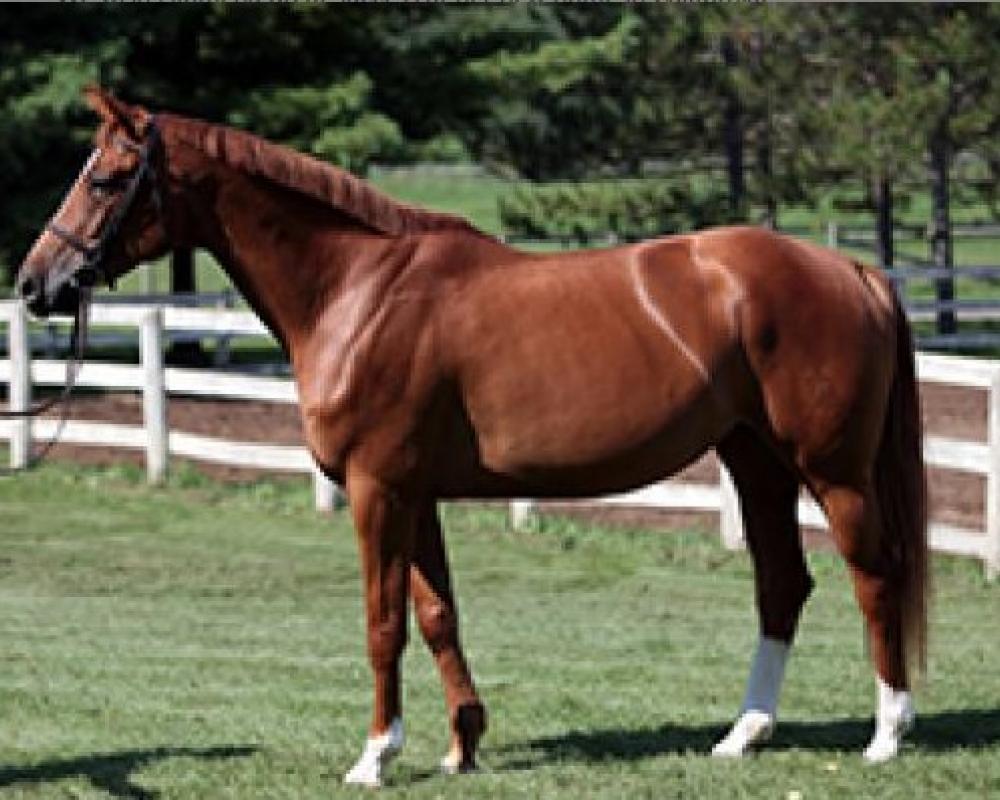 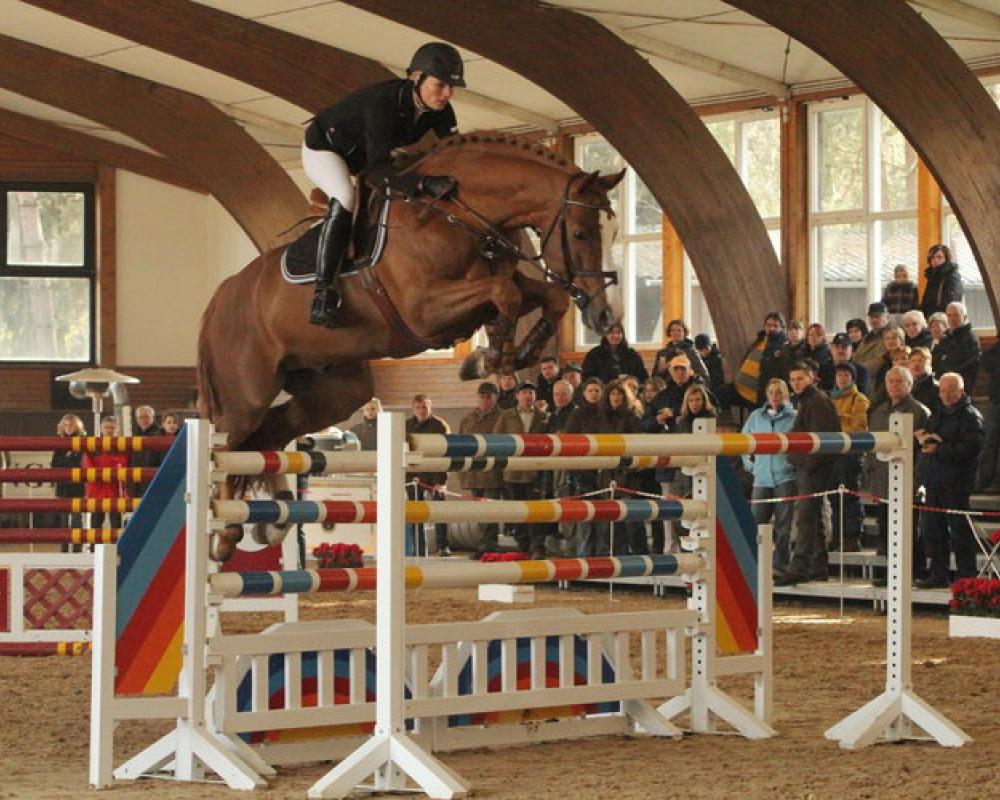 Vlassic FLS, “Pickles”, is a chestnut Hanoverian colt by Valentino and out of a mare by Federalist. He is a very modern, classic colt with three good gaits and an inquisitive temperament. Pickles is the complete package and could excel in any discipline! While he was bred for jumpers, he has plenty of movement for dressage and could also be a competitive hunter/jumper. He is easy enough for an amateur to handle and bring along. He is expected to mature to 16.2+.

Pickles sire, Valentino, is in the top 1% of all German Sires Breeding Index! A powerful jumping stallion who earned a spectacular 9.6 for jumping ability and 9’s for temperament and willingness at the 2005 Stallion Performance Test in Adelheidsdorf, Valentino easily won the jumper division of the test, and was the Reserve Champion overall out of 48 stallions. In the Show Jumping portion Valentino scored 141.47, for the dressage phase he scored a 121.09 and overall Valentino scored an impressive 136.89. Making him an Elite stallion. Following spectacular performances in young jumper riding classes at elementary and medium level with scores up to 9, Valentino then went on to very successfully compete up to advanced S level show jumping under Karen Biermann. In 2012 the pair placed 4th in the Kl.S* in Kemnitz.