Verden. The Hannoveraner eventing horse champions were crowned in Rüspel. Best four-year-old was Booze Buddy, ridden by Wiebke Jaspers. The title in the five-year-old class went to Gentle WillowBee H and Antonia von Baath. Champion of the six-year-olds was Dexter and Calvin Böckmann.

After the successful premiere last year in Mechtersen, the second Hannoveraner eventing horse championship had a fitting setting at the park-like grounds of the Philipps family in Rüspel. The champion of the four-year-olds was determined in a test for young riding horses with cross-country jumps. The Balou Peggio/Valentino son Booze Buddy (breeder: Heinrich Reisinger, Gersten) won the yellow and white winner's sash with a commanding lead. The striking and typey chestnut was presented by Wiebke Jaspers and received a score of 8.50. Second place went to Cascarlia by Cascador/Stakkato (breeder: Gestüt Lichtenmoor, Heemsen) and Johanna Sophie Ewald. The Colman/Stolzenberg son Crossbow (breeder: Hermann Nehus, Haren), purchased by his rider Stephan Dubsky at the stallion sales in Verden, took bronze.

In the 2017 vintage, there was no way around Gentle WilllowBee by Gentleman/White Star (breeder: Eventerzucht Hansen, Salzhausen), who received a smooth "very good" (9.0) for his impressive round in the cross country test for young horses. The bay is preparing to follow with rider Antonia von Baath in the footsteps of his sire Gentleman, who won the Bundeschampionat twice in a row with Sandra Auffarth, The Hannoveraner Vice-Champion was the Diacontinus/Escudo daughter Deliah IOH (breeder: Ira and Olaf Hagemann, Bützfleth), masterfully ridden by Nadine Marzahl. A few hours earlier, the beautiful grey mare had been awarded the Hannoveraner Premium at the sport test eventing for broodmares, which was held in Rüspel for the first time. Third place was shared thanks to equal scores. Stephan Dubsky won his second white ribbon with the Perigueux/Lamberk son Porto Cristo B (breeder: Andreas Habben, Cuxhaven), and Anna Lena Schaaf sat in the saddle of the gelding Best Buddy by Blockbuster/Cascadello (breeder: Gerd Neukäter, Voerde), bred by her grandfather. 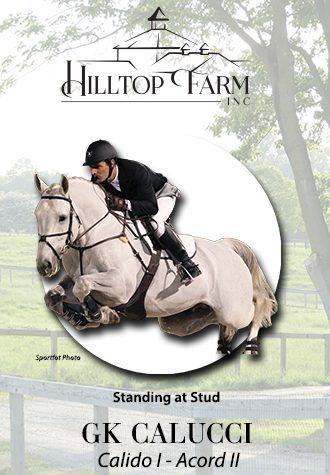