Jumping Stallions Present Themselves in a Modern Look 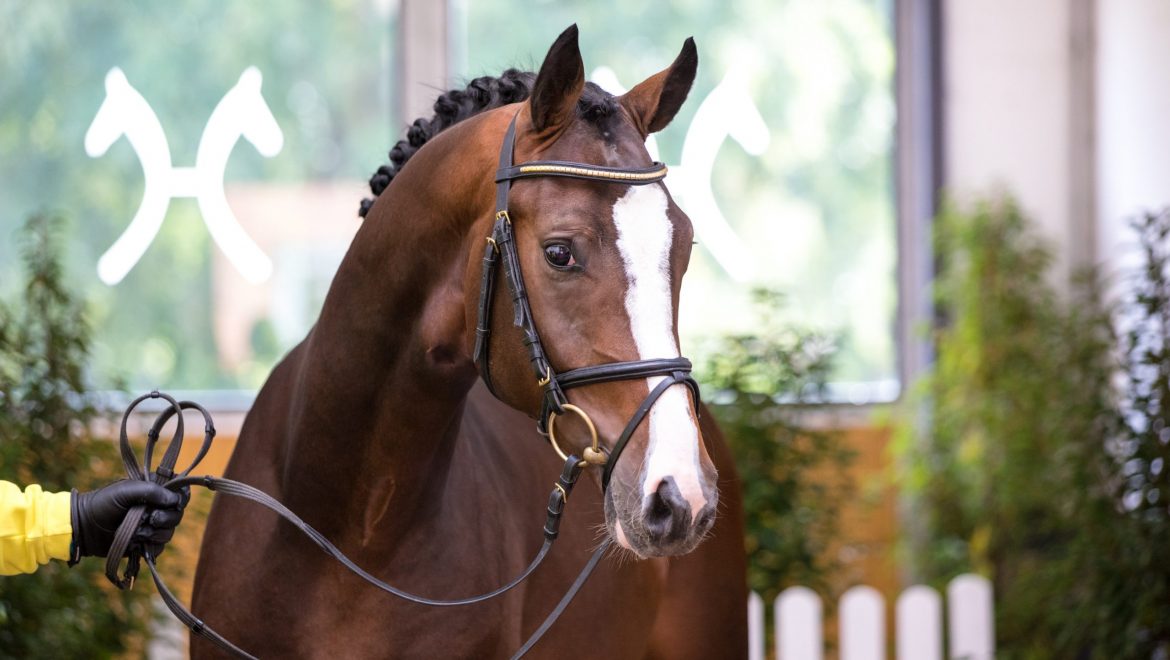 The son of Grey Top/Stolzenberg was the best-paid jumping stallion with 64,000 Euros. Photo: Hannoveraner Verband

Verden. In this special year, the licensing and stallion sales of the Hannoveraner Verband is divided into a jumping and a dressage part. The 30 stallions with jumping pedigrees were the first. After the presentation on hord soil and two presentations of free jumping, it was clear: 16 two-and-a-half-year old show jumping colts were licensed, six of them were awarded a premium.

"It was fun," said Markus Beerbaum. The internationally successful show jumper was a member of the licensing commission for the first time. "We had a really good vintage and can look optimistically into the future“ The customers also rewarded this. The top price of 64,000 Euros was achieved by a powerful jumping son of Grey Top/Stolzenberg (b.:Peter Wisch, Otterndorf, r.:Charity and Derek Christianson, Sherwood Park/Canada). The bay stallion from the renowned Oböe line had developed brilliantly after the pre-selection and convinced the judges in the Niedersachsenhalle with his seemingly boundless scope and an extremely sporty conformation. "The stallion will not let his rider down later either," breeding director Ulrich Hahne says.

In addition to private stallion owners and training stables, the Lower Saxony State Stud also secured two of the top-class jumping hopes. For 60,000 Euros a son of Chacoon Blue/Balou du Rouet (b.: Gerd Janssen, Neuschoo, r.: BG Schlüsselburg and Wohlers, Stuhr) will move into a box in Celle. In addition, a son of Diamant de Plaisir/Cador (b. a. r.: Jan Crome Sperling, Lutter a. Bbg.), whose granddam St.Pr.St. Fetzi is the dam of the world class horse Fit for Fun, who celebrated numerous great victories with Portugal’s Luciana Diniz. The final bid for the bay with the finest genetics and great scope was 31,000 Euros. A bay premium stallion by Alaba/Monti Obolensky (breeder: Ferienhof Stücker, Weeze, sired by Christiane and Josef Wilbers, Weeze) will move into a box at the State Stud in Warendorf. The athletic dark bay stallion was sold at 30,000 Euros.

On Friday, October 23rd, the dressage stallions will continue. From 9 a.m. CET they will introduce themselves on the triangle before they will be lunged in the Niedersachsenhalle from 2 p.m. CET. On Saturday, the auction with the premium stallions will start at 3 p.m. CET after the judgments have been given in the morning.