Dear Ludwig, I wish you all the best for your well-deserved retirement and I am glad that you have agreed to be available for one or the other trip abroad in the future! 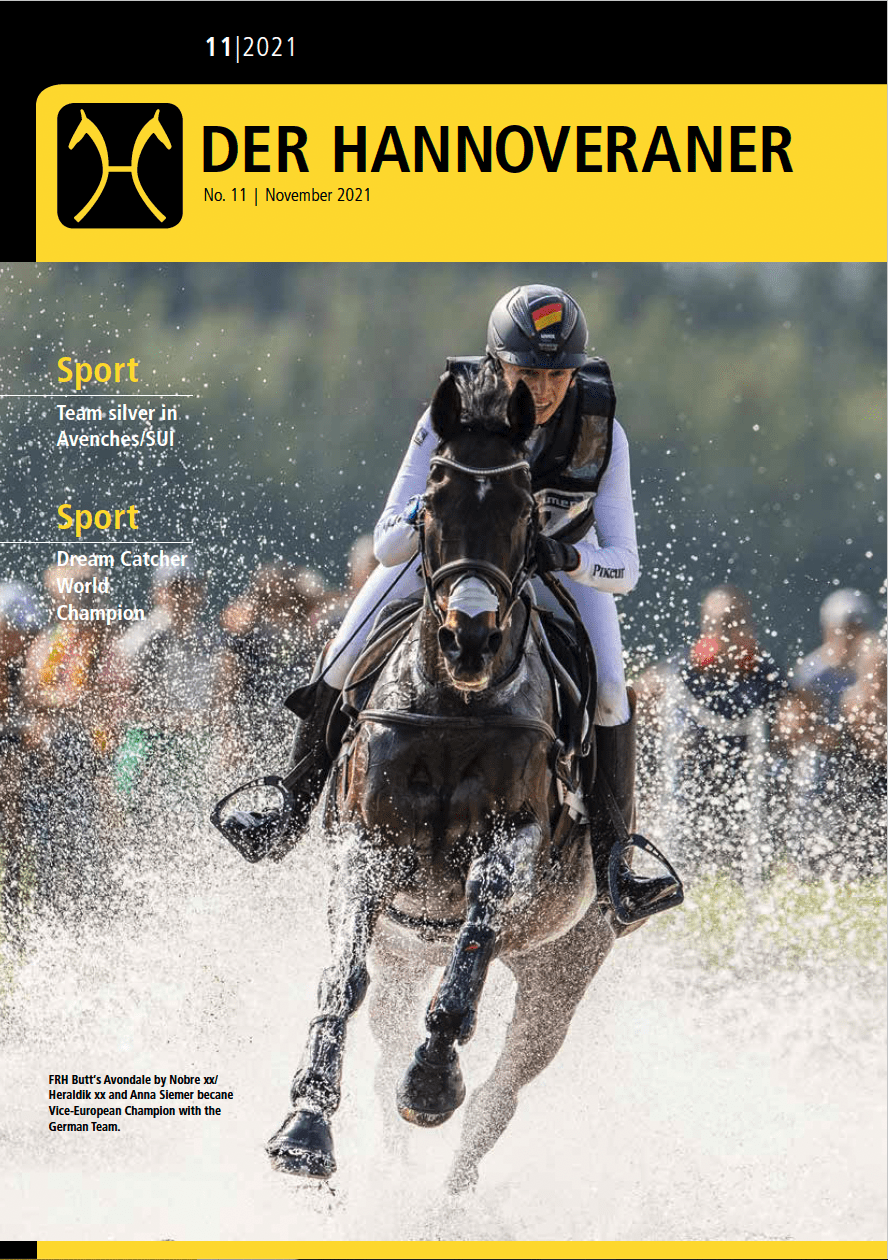 The Verden licensing of show jumping stallions presented itself extremely sporty and the stallion sales ended with an excellent result. In addition to the 33 two-year-olds, a three-year-old competed for the first time at the young stallion licensing in the Niedersachsenhalle. It was a complete success, he was one of the six premium stallions. A total of 18 exclusive jumping talents were licensed.

An average of 54,400 Euros had to be invested for the 15 licensed show jumping stallions that competed at the stallion sales - about 18,000 Euros more than last year. Buying enthusiasm at the OnLive Auction, where bids could be placed in the Niedersachsenhalle and via the Internet, came from abroad. Ten young talents will leave Germany.
The 15 unlicensed two-and-a-half-year-olds brought an average of 21,066.66 euros into the exhibitors' coffers. Here, too, the regular customer from Florida was the one who recognized the outstanding quality of the 2019 crop and bought a Casalido/Contendro son (breeder and exhibitor: Guido Köster, Grasberg) at auction for 38,000 Euros.

Hannoveraner Mare of the Year 2021

The setting was perfect: between the final of the Hannoveraner Jumping Horse Masters and the Stallion Sales of the jumping stallions, St.Pr.St. Coletha became Hannoveraner Mare of the Year 2021. She has not only been successful in the show jumping arena herself, but has produced four international show jumpers with Scenletha, Hunter's Scendro, Scendro II and Scenndrinne. The dark bay with a strong heredity comes from the breeding of Egon Schröder, Hittbergen. When she was six years old, she came to the stable of Ludwig Lemenu, who has been a passionate breeder of Hannoveraner for many years at his Hunter Studfarm in Belgium.

The first Masters winners were determined on Friday. The Canstakko/Fighting Alpha daughter Canela Fight (breeder: Frank Johannsen, Buxtehude) took the title in an show jumping test with a score of 8.8. The typeful Hannoveraner premium candidate was ridden by Antonia Neuburg.

It was exciting in the six-year-old class, which competed in an M** jumping competition with a jump-off for the victory. Harm Wiebusch had the best nerves when he rode his Mario by Marius Claudius/Graf Grannus (breeder: ZG Wulf, Schillsdorf) as the last rider into the jump-off and took the title in superior style.

The five-year-olds also had to ride against the clock in the final. Eight of the 27 participants made it into the jump-off, only one remained penalty-free until the very end: The former Verden auction horse Diatendra by Diatendro/Carolus (breeder: Michael Schenk, Niendorf) won winner's sash with Roman Duchac.
The last Masters winners were celebrated in the seven- and eight-year-old classes. Again it was Alexa Stais who triumphed. The South African won the advanced (S*) level show jumping competition with the former Verden auction horse Crazy Daisyby Chacco-Blue/Graf Top (breeder: Joachim Schwarze, Obernkirchen).

For the fifth and last time this year, riding horses could be purchased online at the Verden Auction on November 20. Of the 41 horses offered, all received a digital knockdown, 24 remain in Germany, 17 start the journey to a total of eight countries. With four purchases each, bidders from Spain and France acquired the most horses.

Regular customers from Spain secured the top price of the auction: a brown gelding named Frido by Finest/Spörken (breeder: Julia and Dr. Arndt-Friedrich Echte, Hameln, exhibitor: Monika Decke, Balge). The most expensive jumper was knocked down shortly before the end of the November online auction: Quality Top by Qualito/Grey Top cost 46,000 Euros and will remain in Germany. The wealthy mare was bred and sold by Werner Rückgauer from Krautheim.

The riding horses were complemented by twelve two-and-a-half-year-old jumping stallions. These young sport aspirants cost an average of 12,000 euros. Two of them will leave Germany and travel to Poland and Austria. The statistics are led by a clear margin by another Qualito offspring: Question of Honour by Qualito/Acorado (breeder and exhibitor: Martin Klintworth, Ohrensen) found a new owner for 17,500 euros. A renowned trainer from near Verden bought the bay stallion for an American hunter and show jumper stable.

As mentioned in the previous newsletter, Dr. Ludwig Christmann will be taking his well-deserved retirement at the end of the year.There will also be a report on his legacy in DER HANNOVERANER in the next issue of the newsletter, but there is already a small foretaste:

"I was Dr. Ludwig Christmann's employee for over 30 years. It was a great fortune to work with such a man of integrity, humor and unpretentiousness. At one point, Dr. Christmann revealed that most of his ideas came to him when he was mucking out. That's when he can best let his mind wander. From then on, 'I mucked out yesterday' became a catchphrase in our department for 'There are new ideas - with all the consequences, and believe me - he mucks out regularly and not so rarely! Dear Ludwig, all the best and happy mucking out." - Monika Meyer

The Hannoveraner stallion Worldly passed away at the beginning of December. The Weltmeyer/Brentano II son (breeder: Rolf Boendel, Enger) was stallioned at the Celle State Stud after his licensing in Verden. He completed the 100-day test as second best, scoring the highest dressage index. As a four-year-old, he was the best stallion of his crop and placed third at the Bundeschampionat. Two years later, he placed seventh in the final of the World Championships for Young Dressage Horses and was again third at the Bundeschampionat. Placings up to Intermediarie I followed. In 2007, the chestnut stallion was sold to the Haras de Hus stud, and four years later he started his journey to New Zealand to Renai Heart, where he enjoyed his last years. "I am devastated to have lost him. He was the heart and soul of our farm, it will never be the same. I was so blessed to have found him!" is how Renai describes her loss. Worldly leaves behind 12 licensed stallions and 211 registered broodmares with the Hannoveraner Verband.

In mid-November, the 50-day test in Neustadt (Dosse) ended with a focus on jumping. The winner was the Holsteiner Cellado by Cellestial/Corrado I with a weighted jumping final score of 8.98, who is also licensed for the Hannoveraner Verband. A still unnamed Hannoveraner by Askari/Calido (breeder: Jens Wichmann, Gardelegen) finished the test with the third best final score of 8.59. The Verden premium stallion Carnegie by Chacoon Blue/Balou du Rouet (breeder: Gerd Janssen, Neuschoo) and his stable neighbor at the Celle state stud Diamant de Cador by Diamant de Plaisir/Cador (breeder: Jan Crome-Sperling, Lutter) were also able to convince with a final score of over 8.00, Quudo Bö by Qualito/Embassy (breeder: Helmut Böttcher, Ehlbeck), stationed at the Redefin state stud, joined the two. Three as yet unnamed stallions made the long journey from the Czech Republic from the Staj Mustang stud. A grey stallion by Diamant de Plaisir I (breeder: Mike Papke, Bernau), a bay stallion by Quaid I/Chacco-Blue (breeder: Staj Mustang, Lucina/CZE) and a bay stallion by Quaid I/Eibisch II (breeder: Staj Musang, Lucina/CZE) successfully completed the test.

The best final score of 9.03 of the 50-day test in Adelheidsdorf, which focused on jumping, was achieved by Chaccothage Blue PS by Chacco-Blue/Conthargos from Lewitz Stud. The Oldenburg jumping stallion was licensed by the Hannoveraner Verband after the test. The still nameless Hannoveraner stallions by Karajan/Diar Noir (breeder: Josef & Christiane Wilbers, Weeze) and by Comme il faut/Quality Time (breeder: Pferdezucht Dr. Jacobs GbR, Bierbergen) also finished with good scores.

All results can be found here: https://link.edgepilot.com/s/3a4fe9fb/5-US2BhJZke43jl1GlMTvg?u=https://www.hengstleistungspruefung.de/.

The Hanoverian stallion Segantini by Secret/Fidermark (breeder: Christine Feichtinger, Vaduz/LIE) won the 50-day dressage test in Adelheidsdorf. The premium stallion of the Verden licensing achieved a final score of 9.03 and received the maximum score of 10.0 for willingness to perform. The elegant dark bay is stationed at the Gestüt W.M. Florent Blue Hors by Floriscount/Desperados (breeder: ZG Pudenz & Frühling, Großefehn) received the second-best score. And the third best was also a Hanoverian: Bach by Benicio/Diamond Hit was discovered at the stallion sales by Mathieu Beckmann.

The 50-day test with a focus on dressage was also dominated by a Hanoverian: The premium stallion Von und Zu by Vitalis/Floriscount (breeder: Christa and Ludger Welling, Wietmarschen) from the Celle State Stud was convincing all along the line and achieved the highest final score of 9.17. Another premium stallion received the second-best score of 8.68. The Sezuan/Sir Donnerhall son Sky (breeder: Neff Stud, Frankenberg) is stationed at Schönweide Stud. Decennium by Devonport/Dannebrog (breeder: Hendrik Schäfer, Vechelde), Zakaria by Zoom/Fürst Nymphenburg (breeder: Otto Rudolf Fuchs, Meinerzhagen) and a still nameless stallion by Rocksprings/Damsey (breeder: Walter Wöhlke, Geestland) had an equally successful test.

All results can be found here: https://link.edgepilot.com/s/3a4fe9fb/5-US2BhJZke43jl1GlMTvg?u=https://www.hengstleistungspruefung.de/.

Cancellation of broodmares and / or membership

Please do not forget to cancel mares, which you have either sold or which will no longer be used for breeding purposes either on our online platform MeinHannoveraner or in written form either by letter, fax (+49-42 31-67 37 12) or email () with the following information:

Please send us your cancellation before the end of December. Without this cancellation, your invoice for 2022 will include all the mares currently registered under your name.

If you wish to cancel your membership of the Hannoveraner Verband, please do so in writing before the end of December, too.

The Yearbook Stallions 2022 will be published in a few days! For the price of 25 Euro plus shipping, the Yearbook can be ordered at the Hannoveraner Verband, Mrs. Mindermann, . 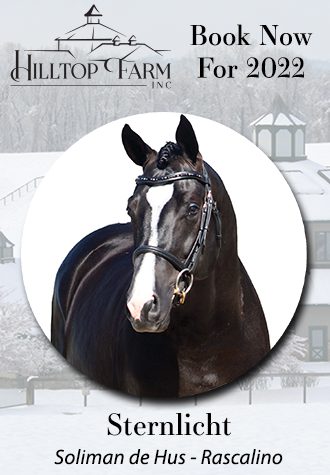