Eventing is the Trump Card 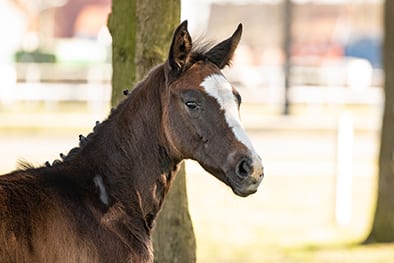 Verden. The leader of the opening event of the Verden Foal Spring was none other than the full brother of Michael Jung's top horse fischerChipmunk FRH. Born on February 5, Charly was auctioned online for 40,000 Euros to an eventing enthusiast from the Rhineland.

The Contendro/Heraldik xx son Charly (breeder and exhibitor: Wolfgang Lutz, Völkersen) was bred for the x-country. His full brother fischerChipmunk FRH, born in 2008, is one of the best eventing horses in the world with double Olympic Champion Michael Jung. Charly is already the fourth Contendro offspring of the mare Havanna, Hannoveraner Mare of the Year 2019, to be sold into champion hands via a Verden auction.

The Chacoon Blue/Stakkato son Coldplay (breeder and exhibitor: Hans-Henning Hagemann, Pattensens), whose dam had already produced a sensational top-priced horse by Quality H by Quaid ten years ago at the Elite Auction in October, led the field of foals with a showjumping pedigree. Quaid. The knock-down price for the colt, who will move into a box with a stallion raiser from Braunschweig, was 26,500 Euros. The best-paid foal with prospects for the big dressage arena was the filly Dear Rose by Dancier/Fürstenball (breeder and exhibitor: Gerda Stein, Westerende), who found a new owner from the Trier area for 18,000 Euros.

The result of this year’s first foal auction was impressive. An average of 10,482 Euros had to be paid for the 28 representatives of the 2021 vintage. The international interest was particularly high, exactly half (14) of the collection ended up in foreign ownership. Five foals will travel to Great Britain. Two colts were auctioned to a well-known breeding farm in Ukraine. Two each found new owners in France and Mexico. 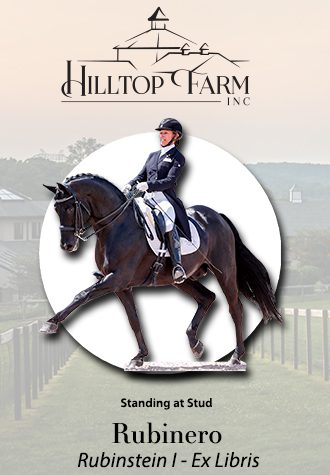