Verden. The date for the FEI WBFSH Dressage World Breeding Championships for young horses has been fixed: From December 9 to 13, the best five-, six-and seven-year-old dressage horses will show their great skills Verden. For the first time in its long history, this important event will be held as an indoor event in the Niedersachsenhalle due to the Corona pandemic.

"The date has already been published many times in the media worldwide. In fact, it was only this noon that the FEI officially confirmed the postponement to the date proposed by the Hannoveraner Verband after internal coordination," says Managing Director Wilken Treu. Provided that the conditions valid at that time allow it, the Niedersachsenhalle will then belong exclusively to the young dressage horses. "It will be a pure world championship."

The horse show "Verden International" has been renamed to "Verden Championships" this year. The outdoor facility at the racecourse in Verden, which is currently being rebuilt, will therefore probably host the Hannoveraner Championships for riding, dressage, and jumping horses from August 5 to 9. The best three-year-old Hannoveraner and Rhineland mares will be presented at the Herwart von der Decken-Show on Thursday, August 6. The qualification for the final of the Nürnberger Burg-Pokal and the international Almased Dressage Amateurs Cup will complete the program. Another highlight is the Verden auction of foals and broodmares on August 7 and 8, which will be held in this magnificent setting. Then it says "Secure the stars of tomorrow today!

"The horse show will be smaller than usual with a somewhat 'slimmed down' program", says Wilken Treu. A prerequisite for this is that the official regulations then in force can be adhered to. Admission to the "Verden Championships" is free on all days of the event but is limited to 1,000 people per day due to official regulations. 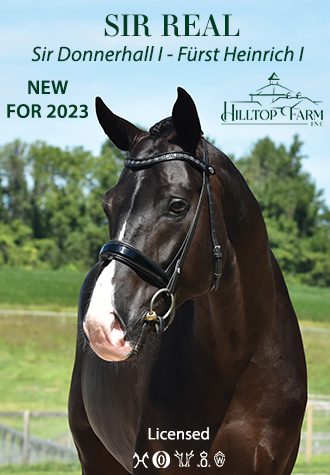