FEI goals can be accomplished with this attractive and elastic gelding! Romulus checks all the boxes – expressive gaits with a natural, uphill balance, active hindleg, and good elasticity.  As a foal, he showed well in-hand and earned a median score of 78.3% and was 4th in the USDF Breeders Championship Finals.  Romulus has an outstanding character as well and will be enjoyable for either a professional or amateur rider.  Proven talent for the FEI work is woven throughout his pedigree.

Sire Rubinero finished 2nd in dressage for his Stallion Test with a score of 140+ points overall and 10’s on character and rideability. Rubinero qualified for the Bundeschampionat, was Reserve Champion at Rastede, and quickly moved up to the Advanced levels. Rubinero earned scores as high as 72.5% at Intermediaire I and was the USDF Region 3 Champion at Intermediaire and Reserve Champion at Prix St. Georges with his AA rider.  He has produced many FEI horses including competitors for the European Championships & WEG.  Grandsire Rubinstein is a legend with over 90 approved sons, more than 170 States Premium daughters, and his offspring have won over 2.5 Million Euro in competition.

The talent for the FEI and the reputation for rideability is further strengthened through Rubinstar’s dam.  Her sire, Don Schufro, had an extensive international career that included the 2008 Olympics. He has continued the dynasty of his legendary sire Donnerhall and is one of the highest-ranked dressage sires in the world.  Sir Donnerhall I is one of the top sires in Germany with FEI Young Horse stars through International Grand Prix competitors to his record.

This talented young gelding has a bright future ahead of him and we want to see him in a home with competitive goals.  As a bonus, his breeder has already taken a screening set of xrays that are on-file.   Now’s the time to secure your next top prospect. 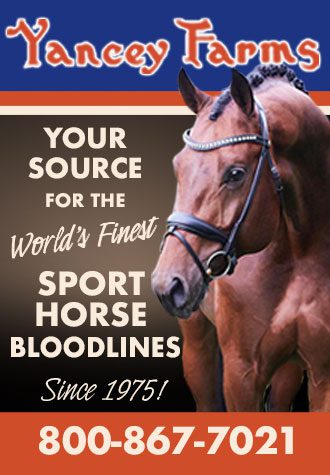